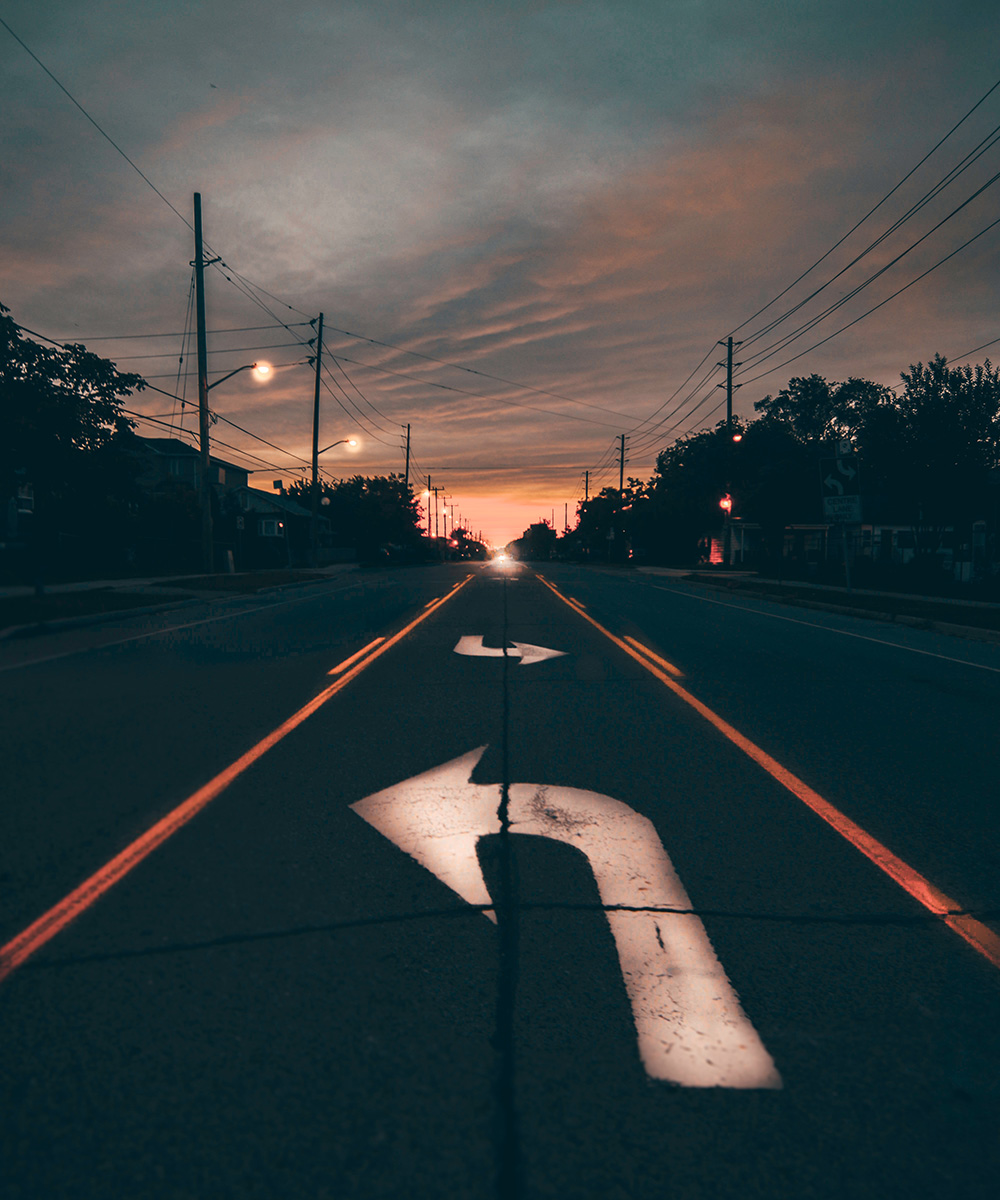 When a company is planning to offer a new product or service there is often a long list of potential features that may be included in the offering. These features usually vary not only in their attractiveness to consumers but also in the cost associated with including each one in the offer. The decision to include or leave out a given feature is ultimately dependent on increased profitability that each feature adds to the offer.

It is usually not difficult to measure the relative attractiveness of these features to consumers using rating and ranking techniques like max-diff and q-sorts. These techniques, however, do not necessarily tell the company how much consumers are willing to pay for each feature.

Discrete choice models are usually very effective in estimating the reaction of potential customers to new products or services and their willingness to tradeoff feature value with price. When, however, the list of potential features grows large, a standard choice model often struggles to accurately measure the value of each feature. That is because the respondent is forced to consider not only which features are of value but also how much they are willing to pay for each one. Accordingly, the amount of information needed from this single exercise can strain the ability of a respondent to give accurate responses.

Using this two-step approach we first measure the value of each feature relative to all the other features and then we measure the total value of various feature bundles on the choice of a new product/service. This approach increases the information we receive from each respondent and results in a more accurate assessment of a long list of features on the buying decision.

Step One: Measuring the Relative Value of Each Feature

A commonly used technique to measure the relative value of a series of items is a max-diff approach, where respondents are presented with sets of three or four features and asked to select the Best and the Worst of each set.

Respondents complete a dozen or so of these tasks that when analyzed provides the relative value of each feature for each respondent.

Step Two: Measuring the Value of the Feature Set

The purpose of the scenarios in Step 2 is simply to determine the impact of these features on the choice of a new service. Since we already have determined the relative value of each feature, we simply need to determine how willing respondents are to pay to get more of what they value in an offer.

Accordingly we need not scramble the features from card to card and can present constant sets, such as “Basic”, “Enhanced”, and “Complete”. Since these sets do not have to change from scenario to scenario the burden on the respondent is greatly relieved. So the respondent can focus on the trade-off of feature value against the price, brand, and so be more thoughtful and thus accurate in responding to each scenario. 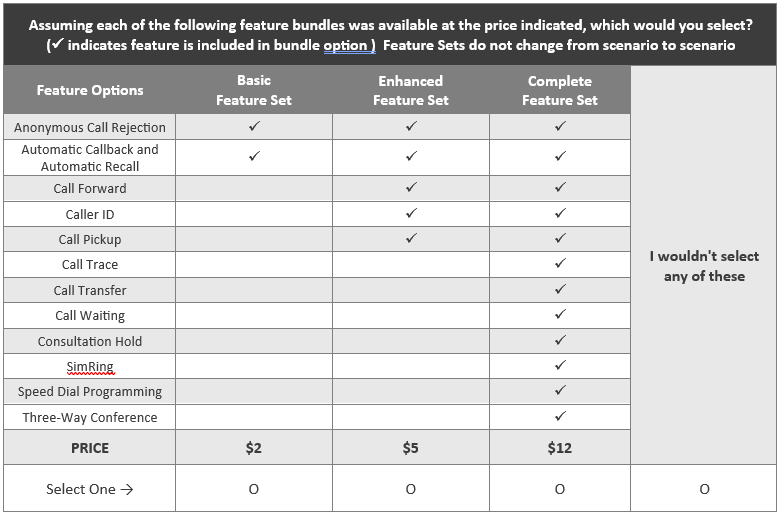 We then can combine these two sources of information into a model which incorporates the relative preference for features with the overall value needed to drive the purchase decision. The final result is a simulator that can accurately estimate the likely reaction of potential customers to any new offering – even if the list of possible features is quite extensive. This allows businesses to craft a product or service that is both attractive to potential customers and profitable.