Tap into your Customer’s Organic Voice 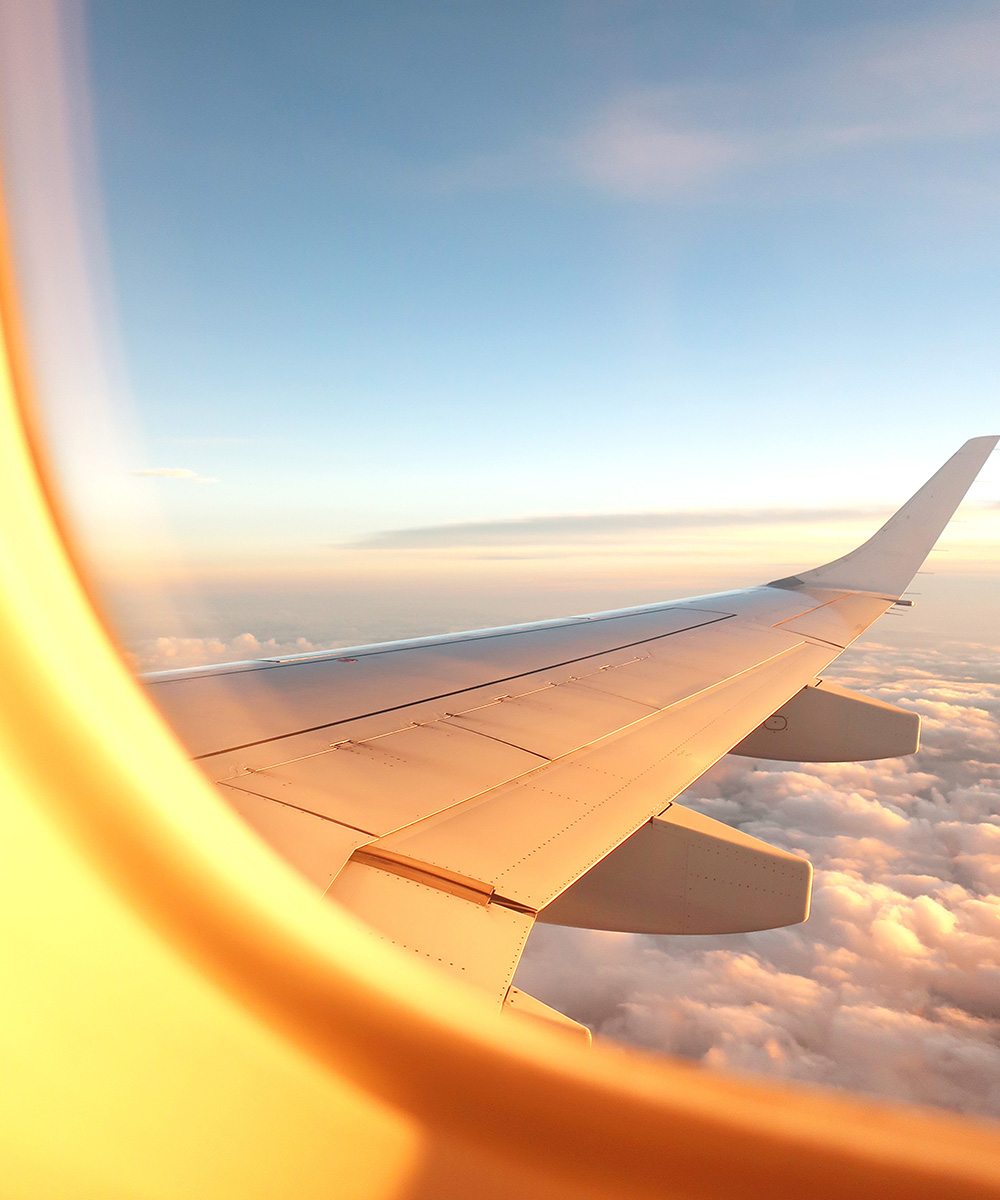 Travel experiences are always a hot topic on social media – both good and bad. Many of these conversations revolve around experiences with different airlines. KS&R’s SIX team analyzed this conversation to determine what people are saying about some of the top US airlines – American Airlines, Delta, and JetBlue. Understanding the amount of conversation, overall sentiment, and top phrases/attributes mentioned most often across each of these brands could help these airlines get a fresh perspective of their customers.

To complete this analysis, the SIX team created 3 separate social queries for American Airlines, Delta and JetBlue. These queries included key words related to each brand. After a brief review of the initial query results, the team added a secondary set of terms related to flight, flying, etc. to ensure the results of the query were relevant to airlines and excluded any ‘noise’.

So, how often are people actually talking about these brands on social media?

The answer – quite a bit! There has been over 750,000 mentions of Delta, almost 500,000 of American Airlines, and over 150,000 mentions of JetBlue. Nearly half of these mentions come from Twitter across all brands (a slightly higher proportion for Delta) with news sources and Tumblr forming a second tier. 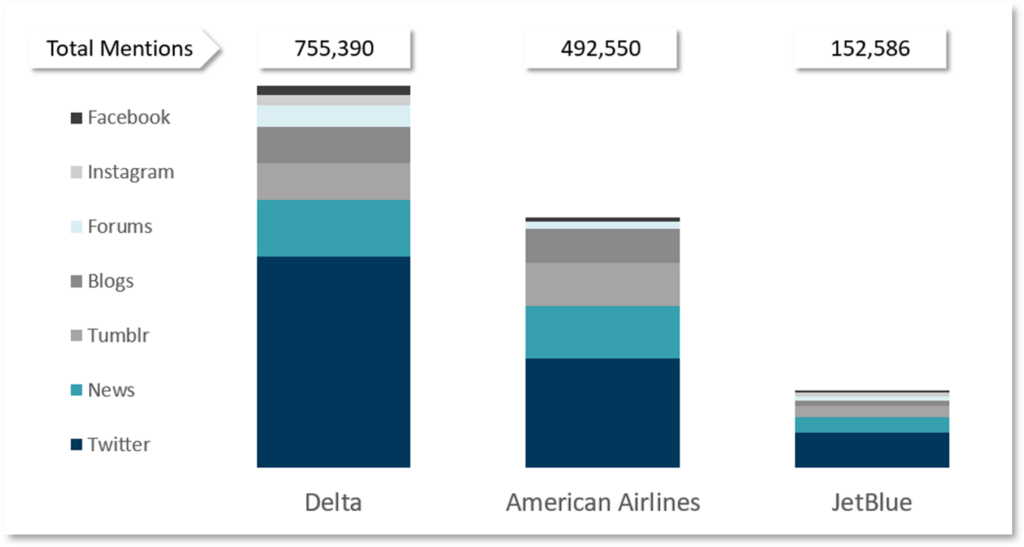 What are people saying about these brands online?

Having established that there is a significant amount of social chatter, the SIX team investigated further to determine what people are saying and how much is positive vs. negative (overall sentiment).

Net sentiment is a score that expresses the ratio of positive to negative sentiment about a brand and is a commonly used metric for social media analysis as well as any other type of text analytics. The metric is generated using a range of +100% to -100%. A score of +100 means that all social conversation in the query is positive; a score of -100 means that all conversation is negative out of the posts that would be considered to be negative or positive. 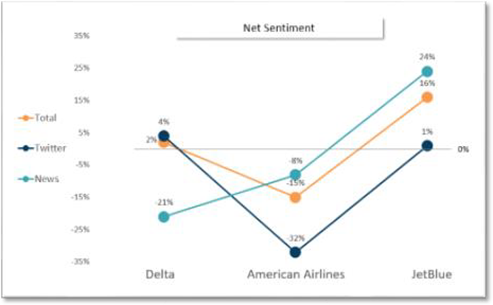 Overall, net sentiment varies across the brands with JetBlue having the highest score of 16% across all social media sources. SIX also examined the overall sentiment across top sources – Twitter and the news. For American Airlines and JetBlue conversation on Twitter is more negative (compared to the total) while news sources tend to be more positive. On the other hand, Delta has slightly more positive comments on Twitter and more negative comments in the news.

The SIX team also examined several word clouds to get a high level summary of the conversation across sources. The size of the font correlates with the number of times that word was mentioned (e.g. the larger the font the more mentions) and the font color indicates if that word was associated with a positive or negative statement. Top sentiment drivers on Twitter tend to be more topical and in-the-moment such as Delta pulling support from a theatrical production that was perceived as offensive or giving away free tickets. Sentiment drivers from news sources tend to be more matter of fact and revolve around technical issues such as making an emergency landing.

How can these airlines use the results?

Analyzing social conversation allows brands to uncover the organic voice of their customers – in their natural environment, in their own words, and without specific probing.

All 3 airlines could use these findings to ensure social media is included in the strategy to communicate with customers (in particular Twitter and Tumblr as they make up the majority of the chatter).

How can KS&R’s SIX team help your organization get a fresh look at customers by analyzing real-time, organic conversation?